Leave the Jurisdiction of the Court pursuant to Section 505 of the Criminal Code, 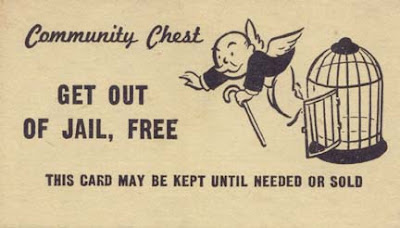 Pursuant to Section 505 of the Criminal Code, if an information is not laid before an accused first appearance, the Court looses Jurisdiction over the person of the accused.

Time within which information to be laid in certain cases


505. Where
an information relating to the offence alleged to have been committed by the accused or relating to an included or other offence alleged to have been committed by him shall be laid before a justice as soon as practicable thereafter and in any event before the time stated in the appearance notice, promise to appear or recognizance issued to or given or entered into by the accused for his attendance in court.

I presented the following argument by way of Special appearance before a Provincial Court and the Criminal Charge of 'failure to appear', from which a warrant was issued for my arrest (I was arrested and forced to sign a promise to appear), disappeared as if by magic. Here follows the argument which I presented.

Challenging Jurisdiction
The Court should Order a dismissal of the Charges on the ground of lack of personal jurisdiction of the Court over the Defendant.

5.       When a Defendant makes a special appearance in Court, he does appear in the Court, but stipulates that his appearance is strictly for the purpose of contesting the court's personal jurisdiction over him

6.      Reference: In Cabaniss v. Cabaniss, 2006 BCSC 1076 (CanLII) Mr. Justice I.H. Pitfield acknowledge the application of entering a special appearance in the proceeding.
[8] Mr. Cabaniss did not file an answer to the plaintiff’s complaint. He
admits that if he had done so, he would be taken to have attorned to the
jurisdiction of the Virginia court, which he was not prepared to do. He retained
counsel for the purpose of entering a special appearance in the proceeding in
Virginia. In the absence of evidence with respect to the actual effect of such an
appearance, I conclude that it permits a party to challenge jurisdiction without
attorning to the jurisdiction of the court. …

14. In Bad Ass Coffee Company of Hawaii Inc. v Bad Ass Enterprises Inc., 2007
ABQB 581 (CanLII) Justice J.B. Hanebury, raised the issue that “where a question of
jurisdiction arises a man cannot both have his cake and eat it”. Please read paragraph 30 to 33.

16. In Wind Power Inc. v. Saskatchewan Power Corp., 1998 CanLII 14061 (SK QB)
Justice GEATROS J. stated the following, regarding nothing shall be intended to be
within the jurisdiction of an Inferior Court but that which is expressly so alleged at
paragraph 12:

[12] I have a further observation in the matter of inherent jurisdiction. This is a
Superior Court having a specific characteristic that is stated by Furlong C.J. in
Bursey v. Bursey (1966), 58 D.L.R. (2d) 451 (Nfld. S.C.) to be as follows, at p.
455:
That characteristic is the manner in which plenary powers of a superior Court
may be cut down or limited. The matter was considered just 300 years ago in
Peacock v. Bell and Kendal (1667), 1 Wms. Saund. 73 at p. 74, 85 E.R. 84, when,
as it is reported, it was held:
And the rule for jurisdiction is, that nothing shall be intended to be
out of the jurisdiction of a Superior Court, but that which specially
appears to be so; and on the contrary, nothing shall be intended
to be within the jurisdiction of an Inferior Court but that which is
expressly so alleged.
It would appear that this dictum has remained undisturbed by time as I find it
is repeated in substantially the same words in 9 Hals., 3rd ed., p. 349, as
follows:
Prima facie, no matter is deemed to be beyond the jurisdiction of a
superior court unless it is expressly shown to be so, while nothing is
within the jurisdiction of an inferior court unless it is expressly
shown on the face of the proceedings that the particular matter is within
the cognisance of the particular court.

....
[10]         The Crown concedes that there was non-compliance in this case with the time requirements of s. 505(b) of the Code because the information at issue was sworn after the time stated in the promise to appear.  The Crown also concedes that the Justice of the Peace lacked jurisdiction to confirm the promise to appear.  Thus, the discretionary bench warrant of May 2, 2003 was issued improperly because no valid process was then before the court compelling the appellant’s attendance.  However, the Crown argues that the information was valid notwithstanding the technical breach of s. 505(b) of the Code because the breach did not result in the loss of the court’s jurisdiction to try the offences of which the appellant stood accused and any defect in the process occasioned by the breach was cured when the appellant appeared before the court, through counsel, on May 6, 2003.  In the alternative, the Crown submits that any defect in process occasioned by breach of s. 505(b) is curable under s. 485(1) of the Code.
[11]         In oral argument before this court, the appellant acknowledged that non-compliance with the directive in s. 505(b) that an information be laid before a Justice of the Peace “as soon as practicable” does not result in loss of the court’s jurisdiction over the offence charged but, rather, over the person of the accused.  He also conceded that this type of ‘process defect’ can be cured, as it was in this case, by the accused’s appearance before the court, either personally or through counsel.  See Naylor, supra and Gougeon, supra.
Conclusion
15.  The Defendant Asserts, that The Court should Order a dismissal of the Charges on the ground of lack of personal jurisdiction of the Court over the Defendant.

ALL OF THIS respectfully submitted this 17th day of July 2012.Andre Murray