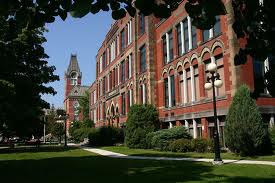 This is what can happen in a Fredericton New Brunswick Canada Court of Queens Bench Provincial Courtroom when there is no journalist or Blogger there to witness!

I was as a Defendant in a Fredericton New Brunswick Canada Court of Queens Bench Provincial Courtroom Wednesday afternoon  August 15, 2012 (Mary Jane Richards) and was pretty amazed at what I saw.

I was that same day coincidentally with friends who had also been summonsed to court for by-law ticket matters, one for a parking ticket and one for not wearing a bicycle helmet on a City walking and cycling trail.

I was surprised to discover Fredericton Provincial Court Judges, Fredericton Police Force and the City of Fredericton By-Law Enforcement are all using the forms and process for instigating criminal proceedings (sections 1-8 of the Provincial Offences Procedures Act) instead of the correct Ticket proceedings.

The significance of this is, when criminal proceedings are instigated, which should never have been instigated is that the judge are unilaterally sending defendants to jail for simply not putting enough coins in a meter or not wearing a helmet if the fine is unpaid where the jurisprudence on ticket proceedings simply do not allow jail time for a ticket - despite this however it is becoming common practice and they are actually doing this very incarceration regularly, as Julian Dickson has ordered four days in jail for one of my friends if the parking ticket fine wasn't paid by a certain date.

The Judges are also summonsing by law defendants to court with the wrong form. They are using a form 3 - again a criminal proceedings form - instead of the Notice of Prosecution that is the form that which a person must be asked to sign, according to Provincial Law, and which the judge is required to have in their possession by the first court appearance for the court hearing of the subject ticket matter.

Making Andre Murray look like the offender, degrading and humiliating Andre Murray by having him removed from the court in this manner, was judge Madame Justice Mary Jane Richards protection from being exposed for her failure to obey the law and enabled Justice Mary Jane Richards to distract everyone as she avoided telling him why she  using criminal offence forms and process. I wonder what she would have done if the local newspaper "Gleaner" reporters had been in the Court room?

The other matter, the parking ticket, will be interesting. The family man and husband was ticketed and summonsed, with the wrong form, so the car registration was not before the judge and he and his wife said she was driving the vehicle. Mary Jane asked registered owner if he would plead and
he said "Not guilty" he was not driving the car that day, which his wife confirmed to the judge. A very long silence followed and the City solicitor said nothing at all, then the judge set a trial date!!! So now, the judge and City have been told in the courtroom they have the wrong person summonsed, he has evidence he did not commit any offence despite this it is going to trial, while earlier she dismissed another woman's ticket with no evidence before her.

This is all at tax payers expense.

The City, Courts and Police are using criminal proceedings instead of the legislated ticket proceedings to frighten people into paying fines and this has to stop. As you keep saying Charles, it is time for a Public Provincial Inquiry into the entire legal and justice systems of New Brunswick and particularly Fredericton City.

This place frightens me more every day.

A very concerned citizen.
Posted by Contributing Advocate at 10:23