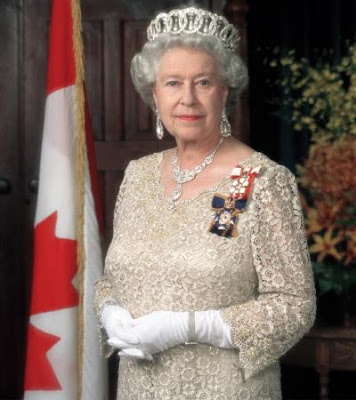 After the confused hearing of 17th July 2012 Andre Murray ascertained that no Information had been laid against Andre, in the Provincial Court, in respect of the charge of Failure to Appear. Andre's agenda at the hearing on 18th July then became, to confirm that the charge was not being prosecuted because it was not before the Judge and also Andre requested a 'Show-Cause' hearing for the Information requesting a Criminal Code section 810 undertaking to stay away from a complainant against Andre Murray.

Andre asked the judge to confirm what Information had been laid and Madame Justice confirmed Information had been laid for the charge of "Failure to Appear in Court 145 CCC." The question we all wanted an answer to is... if no charge was laid why had Andre been arrested?  It would appear it was just another arbitrary arrest but... what about this obvious negligence? Not the police nor do the Judiciary appear to any regard, in spite of our charter protections to be free of such aggressive acts by public officials.

Having examined the documentation before the court in respect of all charges, Assault, Breach of an Undertaking and Information requesting a Recognizance (the undertaking) it became apparent that justice would be best served by establishing that there is and or is not a necessity (a 'Show-Cause' hearing) for the undertaking heard before any other Legal Action within the Courts could reasonably be heard.
However, if substantive evidence does not exist that an assault actually occurred then in the first place the Undertaking Andre was forced to sign or stay in jail would never have existed in the first place therefore, in the second place there could have been a Breach of undertaking as the Undertaking was forced under duress moreover it was criminal for the Police to Arrest and force Andre to sign in any case .

That sounds simple and honest, right? The problem with that scenario of a fast route to Justice appears to be exactly that this system does not want fast routes to remedy and or Justice; a deceit sincere legal system in New Brunswick (which does not exist) would allowed Andre to prove the following before any arrests or undertaking could have been forced upon Andre:
What unfolded in the hearing on 18th July 2012 was obvious teamwork and conspiracy between the Judge and the Crown to avoid admitting their negligence, against the defendant (who should not have ever been arrested or charged or be facing prosecution) which they (the Judge and the Crown) conspired to do by preventing Mr Murray from any available options to prove the allegations against Andre made by Neil Rodgers and his wife and son are without merit.

Under section 810 a judge is obligated to "hear" the reason argued against the need for an undertaking but she refused to and has not yet scheduled a Show-Cause hearing for Andre to prove there is no necessity and it is in fact a Charter violation to so restrict his liberty without giving him the chance to prove it is an not only unmerited but infringement of his rights and freedoms.

The judge and Crown counsel, Hilary Drain, both spoke over Mr Murray during the hearing and Justice Richards pretty much told him to shut up and leave to collect his disclosure. She lost her composure because she was wrong and being exposed in a courtroom full of observers that justice was taking a back seat because it is "my court room" - that was her response to being asked if her decisions were based in law or were simply her choice.

Every judge has a legislated and ethical duty to facilitate the most just, timely and cost effective resolution to every case before the Court, which is simply not happening in Fredericton Courts.

Mr Murray scored a lot of points at 18th July, not least because at the beginning of the Hearing Mary Jane Richards told him she "expected" he wanted an adjournment and he was not going to get one!!!  So I was delighted when, at the end of the hearing, she offered him an adjournment because he had not received disclosure from the Crown on two of the charges, so he obviously needed time to prepare. Objections were made and duly noted by an obviously uncomfortable judge.

Just before the judge told Andre, in a loud unpleasant manner "you're finished!" Andre had asked for a hearing to prove the invalidity of the matters and to prevent the waste of public funds on a prosecution with no merit. Justice Richards was not interested in such a hearing and is, obviously, quite used to the complete waste of public funds that our Provincial Courts apparently are.

The plea hearings are set for 9.30am on 15th August 2012. That will be another very interesting hearing indeed.