What is criminal law and what is it for? 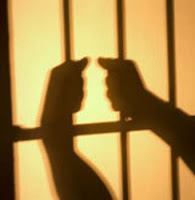 What is criminal law and what is it for?

Criminal law sets a standard of behaviour for all people who live in our country. Its main purpose is to protect society and to keep our communities peaceful and safe. Most people in our society are law-abiding. Their conduct does not fall below that set as a minimum by the criminal law. When a person's behaviour does not meet the standard set out in the Criminal Code and other laws, they could face criminal charges.


A person accused of a crime is entitled to a fair trial in a court of law. No person may be punished for a crime without admitting guilt or being found guilty at a criminal trial. Individuals who are not capable of distinguishing right from wrong are not held criminally responsible for their actions. For example, a mentally ill person who hits someone will not be punished if they did not know that what they were doing was wrong.
In the case of young children, we go one step further. We accept, as a matter of law, that children under twelve years of age cannot think criminally. No child under twelve years can even be charged with a criminal offence.


In Canada, no one can be convicted of a criminal offence unless the offence can be found in a written law, called a statute. Criminal offences are written so everyone is certain about what behaviour is against the law and what penalty applies if someone breaks the law. A person breaks the law only when their behaviour comes within the activities described by this written law. The law sets out a range of penalties. A judge chooses the penalty based on the facts.


The Criminal Code also sets out the procedure for a criminal case, from the laying of the charge to the appeal. For information on criminal procedure see section entitled The Process, below.
Posted by Contributing Advocate at 17:00