Procedural scheme governing the laying of criminal charges and the arrest 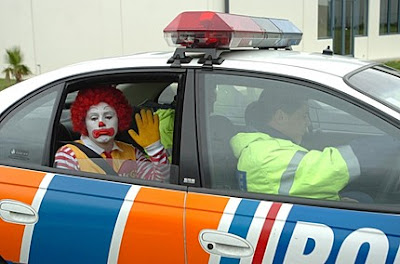 Procedural scheme governing the laying of criminal charges and the arrest

[2]               Part XVI of the Criminal Code sets out a detailed procedural scheme governing the laying of criminal charges and the arrest, detention and release of persons charged with criminal offences.  Among other purposes, Part XVI seeks to minimize, to the extent consistent with the public interest, the pre-trial incarceration of persons charged with criminal offences.  To achieve that goal, several provisions of Part XVI permit a peace officer to release an individual, thereby avoiding the need to hold that person in custody pending appearance before a judicial officer:  see Criminal Code, ss. 496, 498, 499, 503(2).

[6]               Although the promise to appear and other similar mechanisms for release by the police introduced into the Criminal Code by the Bail Reform Act, S.C. 1970-72 c. 37, gave the police broad powers of release, those powers were deficient in that they did not permit the police to impose conditions as a term of the release.  Unless the police were satisfied that the arrested person should be released without any conditions, they had to detain that person pending appearance before a justice of the peace.  The justice of the peace could then release that individual on the appropriate bail conditions.  This shortcoming was eventually cured by amendments that gave a peace officer who released the person on a promise to appear, the power to require that person to enter into an undertaking before being released:  Criminal Code, s. 503(2).  That undertaking could contain one or more of the conditions set out in s. 503(2.1) of the Criminal Code and is aptly described as “police bail”:  see Gary T. Trotter, The Law of Bail in Canada, 2nd ed. (Scarborough, ON:  Carswell, 1999), at pp. 94-100.